The Fiesta Friday Anniversary was a stunning success! It was an incredible 2-week event with a total of 226 amazing recipes being submitted. I found it extraordinary how you were able to come up with such exquisite creations. Partying for 2 weeks seemed to have helped those creative juices running, instead of depleting them. Party animals!! 😀 I want you to know that I find inspiration in each and every one of you. Thank you so much!

These posts are the best of the best! Share them with your readers by posting the collages on your Facebook page, pinning on Pinterest or tweeting about them. You can also blog about them or reblog this post. You have my permission to reblog the post in its entirety. It’s not about me getting more views. It’s about spreading the word on these extraordinary recipes.

The Best of Main Courses

END_OF_DOCUMENT_TOKEN_TO_BE_REPLACED

This party is getting rowdier every week, and I LOVE it! Hmm…what does that say about me, I wonder? Lest you think I’m like one of those girls gone wild on spring break, let me assure you I’m so not. I’m a responsible and upstanding citizen, always doing the right thing, including my civic duty of voting.

In fact, that’s probably why I’m always summoned for jury duty, because every time you vote, I think your name gets automatically entered for random selection. I’m not sure if that’s how it works, but I seem to get a good share of these summons. Strangely, though, they’ve never selected me to be a juror. Is that lucky or unlucky?

And you’re lucky, too! Lucky to have the following cool people to party with:
— (Ignore that Angie person in the #1 slot. She’s only here to chaperone.) 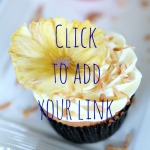 END_OF_DOCUMENT_TOKEN_TO_BE_REPLACED

All right, peeps, after seeing Sir Johnny make his dramatic entrance in his skintight and Saucy and Margot in their glitzy Dame Edna frocks (yes, let’s call them frocks) and seeing that I wasn’t able to recruit any of the Americans to go back to the dressing room, I’ve decided that I will be the one up for the challenge.

Anything else I need to do? Should I start talking in that breathy voice? I’d do anything for my country. By the way, Victoria may show up tomorrow in a dramatic fashion to lend me some support. I’m not sure what she has in mind, but she gave me a clue. Queen Sassy Pants.

What a party that was! I’m talking about FF3. Did everybody have a good time? I must say I had an absolutely grand old time, what with all the wild gossips flying about.

Have you heard that my girl Patty@Patty Nguyen just opened a diner that doubles as a photo studio? Her breakfast menu may be unconventional (Baked Avocado and Egg Breakfast) but her photos are as professional as any I’ve seen.

And my other girl Sonal@simplyvegetarian777 apparently started operating an Indian bistro that doubles as an art gallery. No kidding, this is just a sampling of what you will see there. Go over now.

The toast of the party, however, was that one who came in his magenta onesie, Sir Johnny (remember, I’ve knighted him). I have to admit he looked quite fetching in it. Or maybe it was the Lemon and Yellow Plum cheesecake in his hands that got everybody up in an uproar. 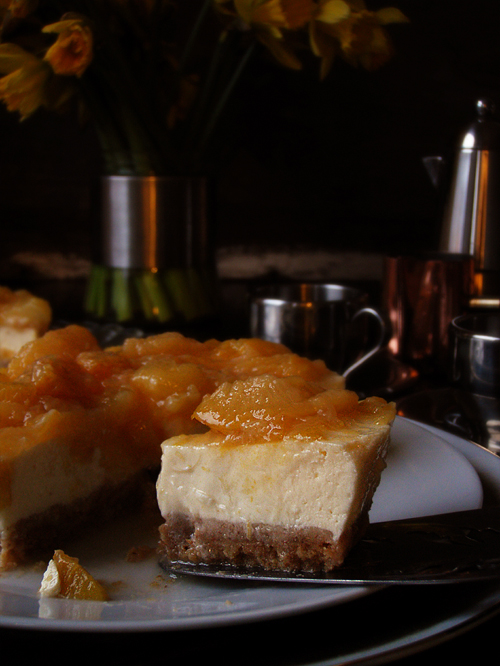 I’m talking specifically about the Aussie crowd. What a rowdy bunch! Yeah, I’m looking at you, Saucy, and you, Margot! By the way, Saucy didn’t look half bad showing up with her pineapple jam cheese pastry dumplings. Have you seen anything so cute and creative?

And Margot made quite a stir with her early entrance. She brought profiteroles drizzled with chocolate and decorated with pretty strawberry flowers. Mmm… 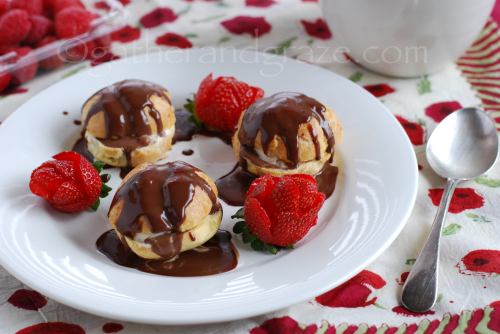 So, after hearing about all this, you’re still not joining Fiesta Friday? You’re missing out on the fun, don’t you think? I really don’t want you to, so come on down. This is an official invitation. I don’t want to hear any more excuses.

Now, let’s party, people! Who’s that asking me what my contribution to the party is? I made Quayles on Monday and Krantz Cake on Wednesday. I deserve to relax and just enjoy the party!

All right, all right, geez…you’re so demanding! I have funny baby memes for you. ‘Coz who doesn’t love babies? Hope they make you smile! 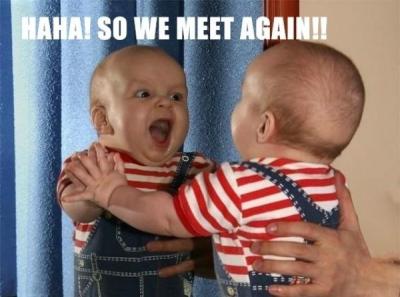 My sources for the memes are:
parentdish
msn living

END_OF_DOCUMENT_TOKEN_TO_BE_REPLACED

Thank you all for coming to the first Fiesta Friday Blog Party. I hope everybody had a great time, met new friends, caught up with old friends, learned a few things, and so on. As your host, I now have the unenviable task of selecting the posts for this week’s Fiesta Friday Features.

Don’t be sad or mad if you don’t get selected this time. I do give everyone a fair chance. It’s a weekly affair, so you’ll have plenty of chances to be featured in the future.

Besides being honored here, features will also be pinned onto my pinterest board (I’ll create a new Fiesta Friday Features board) and mentioned in my Facebook page to give them more exposure.

I’m also in the process of creating a button that you can display on your blog as a Fiesta Friday participant or a Fiesta Friday Feature. It’s a hand-painted image and it’s taking me a little more time than I thought to finish, but I do want to give you a pretty button that you’ll be proud to display. So bear with me, I’m trying my best to get it done quickly.

So, no doubt that’s what I’ll be doing this weekend. But in the meantime, it’s Friday so it’s time to party again! And this will be my contribution: 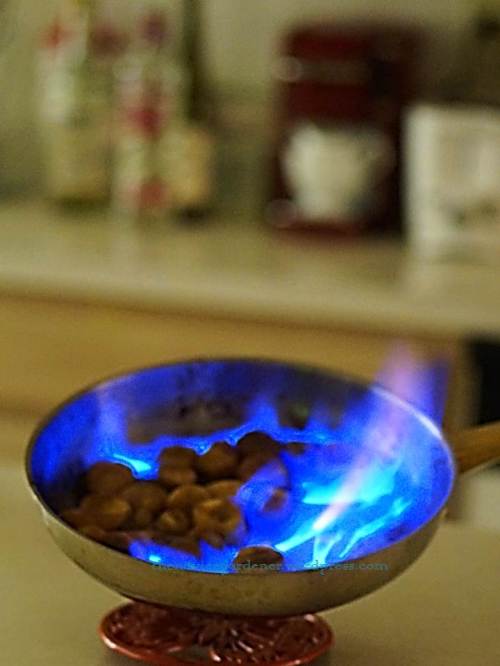 You may be able to guess what that is. I’ll post the recipe maybe later today or tomorrow. Right now I gotta run and get to work! But enough about me, tell me what you’ll be bringing. Food, drinks, stories, quotes, jokes, music, activities, or even crafts will be appreciated. Inspirations can come from all kinds of sources.

Link-up will be open for 5 days this time (until Wednesday noon). I find that later links don’t get as many views as the earlier links, and I need time to select features. But let me know if this doesn’t work out for you and I’ll make an adjustment.

Clicking the image above will bring you to the party!

END_OF_DOCUMENT_TOKEN_TO_BE_REPLACED

While shocking images coming out of DC were being broadcast all over cable networks, I was quietly busy in the kitchen trying out recipes from our Fiesta Friday friends. And for that, I was immensely thankful. Nothing eases my mind quite like baking. The Sweet Potato Scones above were inspired by Jess’s Sweet Potato Biscuits. […]

I’m getting ready to make a leftover-steak salad. The inspiration came from Petra’s Steak Salad, featured down below in the Features section. To go with the salad, I’m thinking of making the Persimmon Vinaigrette, also featured below. Then… and it’s a promise, I will go to the store and get sweet potatoes. To make Jess’s […]

Happy New Year, guys! Don’t forget to eat your donuts. For good luck! Or black-eyed peas. Or collard greens. Or pomegranate. Or pork. Or whatever your family tradition is. It’s all cool. Over the years, my family has adopted several of these fun traditions, so I figure we’ll do …uh… everything! We’ll eat a little […]

Hello, Fiesta Friends! Merry Christmas to you and your loved ones! May your socially-distanced holidays be filled with joy and hope. And may you and your family continue to be safe and healthy. Also, world peace! I just want to say that 😄 Last year around this time I was at Disneyland, enjoying Pineapple Dole […]

A Nor’easter brought the first snow of the season. How quickly things changed! Last weekend I was getting quite the workout (read: I was sweating) raking leaves in the garden with temperatures downright warm at 60 degrees. I’m glad I had the opportunity to clean up out there before the storm came. I expect my […]